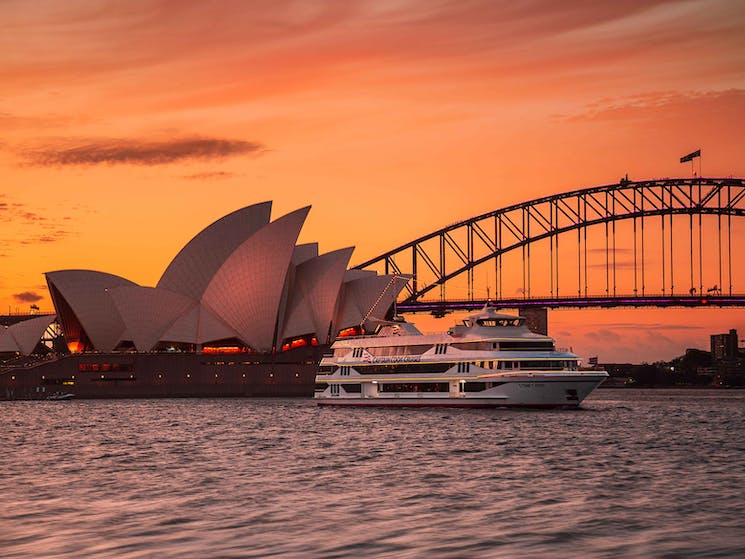 With Captain Cook Cruises choose from a range of delightful tours and discover the beautiful Sydney Harbour, one of the world’s most spectacular waterways. You can also marvel at whales off the Sydney coast on a Captain Cook whale-watching cruise. Captain Cook Cruises began in 1970 and has a fleet of restaurant, sightseeing, ferry and sailing vessels. Enjoy splendid views of Sydney’s iconic attractions while you savour delicious food aboard a lunch or dinner cruise. Or sip drinks on a cocktail cruise.

Two popular cruises are the breakfast and high tea tours. There are also coffee cruises in the morning and afternoon. For convenience, Captain Cook’s Hop-on Hop-Off Sydney Explorer ferry ticket enables you to travel between the harbourside attractions. Some of Captain Cook’s guests have included the Pope, the Presidents of China and the United States of America, Vice Chancellor of Germany, members of the British Royal family and the U.S. Olympic men’s basketball team, known as the Dream Team.