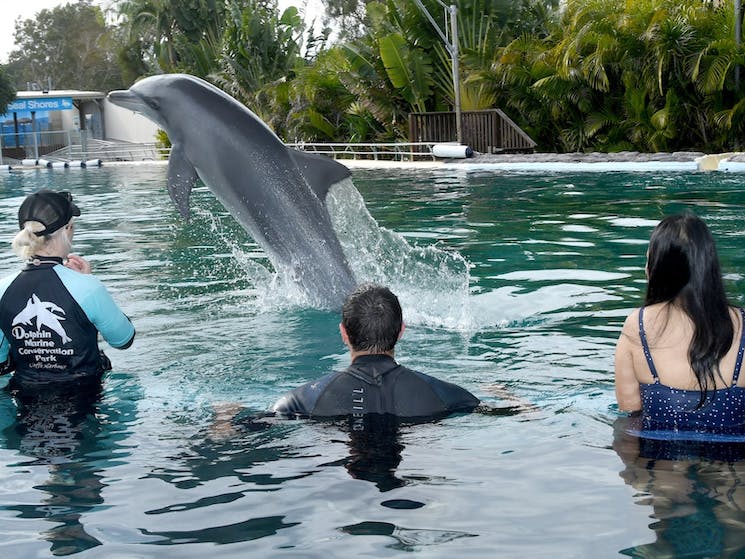 Meet Bucky and other dolphins at Dolphin Marine Magic, in Coffs Harbour on the North Coast of NSW, and enjoy their fun and exciting routines. You can even swim with the friendly mammals at the only zoological park in NSW exhibiting dolphins.

Dolphin Marine Magic began in 1970 as a rescue and rehabilitation centre for native marine animals, and has a successful breeding program for the Australian Sea Lion, an endangered seal.

The park is home to bottlenose dolphins, little penguins, sea lions and Plugga, the green sea turtle. Various opportunities are available for close encounters with dolphins and seals. Have you ever been kissed by a dolphin or seal?

Two daily Marine Discovery Presentations at 10am and 1pm involve both dolphins and seals in marvellous performances together. There are also small group encounters such as the Ultimate Dolphin Experience, where you spend 20 minutes in the water with a playful dolphin.